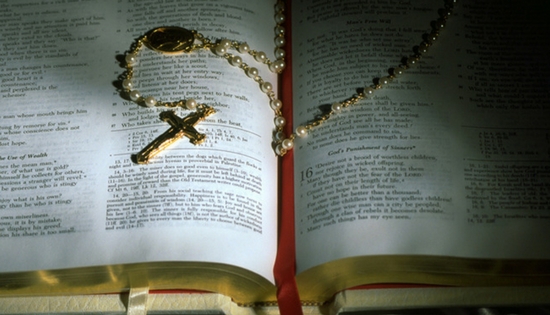 From the gold and silver in Solomon’s temple to heaven’s streets of pure gold, there are more than 700 references to these two precious metals in the Bible. As relevant and desired as gold and silver are today throughout most cultures, they have a much older and timeless context within the Bible. When examining scripture, a reader can draw three critical characteristics about gold and silver: their divine origin, intrinsic value, and monetary quality.

The first reference to gold is during creation of the world in the second chapter of Genesis.

“And a river went out of Eden to water the garden; and from thence it was parted, and became into four heads. The name of the first is Pishon: that is it which compasseth the whole land of Havilah, where there is gold; And the gold of that land is good.”

The Bible says God created the world and the elements within it. Gold is depicted as an asset of value.

“The silver is mine, and the gold is mine, saith the Lord of hosts.”

Gold and silver are products of God – they are not a creation of man. God designed them to be intrinsically valuable and beautiful, for gold does not tarnish nor corrode. It can be hammered so thin that a single ounce can spread over a 100 sq. ft. area. Silver is the best conductor of heat and electricity. It reflects light better than any other metal and when fully refined it looks like a mirror.

These unique properties of gold and silver have served as benchmarks of value throughout scripture. One notable reference is a metaphor used by the Apostle Paul.

“Now if any man build upon this foundation gold, silver, precious stones, wood, hay, stubble; Every man’s work shall be made manifest: for the day shall declare it, because it shall be revealed by fire; and the fire shall try every man’s work of what sort it is.”

In this passage, Paul highlights gold and silver’s ability to withstand fire. Precious metals are not only unharmed when tried by fire but they become refined and pure. This verse is a powerful comparison between a man’s good work on the foundation of Christ and the qualities of gold and silver.

In ancient times, it would be strange to refer to money as something outside of gold and silver. In the Bible, gold and silver are synonymous with money. In Hebrew, there was no word for money. Every Biblical passage that refers to “money” is a unit of weight in gold, silver, or another metal. Silver was used for day-to-day purchases, and gold was viewed as approximately twenty fold the value of silver. It is worth noting when the United States operated on the Gold Standard, an ounce of silver was worth about $1 and an ounce of gold was worth approximately $20.

In the last century, the world has removed gold and silver from its monetary role. By ignoring the use of gold and silver as money, central banks have created large economic imbalances. Every day currencies fluctuate in value, because of manipulative monetary policies. When central banks expand their balance sheets, artificial wealth is created. Monetary inflation and low interest rates enrich the wealthy, while the poor are robbed of their labor and savings.

The Bible says God hates deceit and manipulation. God is the author of balance and justice.

“A false balance is abomination to the Lord: but a just weight is his delight.”

“A just weight and balance are the Lord’s: all the weights of the bag are his work.”

God created gold and silver as the backbone of economic growth. Precious metals act as a balance and a perfect unit of measure. When God created the world he set fixed quantities for each metal so we do not experience runaway inflation or deflation.

In summary, God is the creator gold and silver, they are valuable, and they serve as money. This last viewpoint has been forgotten. The Gold Standard was abolished in 1933 and buying gold was unlawful in the United States from 1933 to 1975. Fortunately, we have the liberty to buy gold and silver and create our own personal gold standard.

God has called us to be good stewards of the resources we have been entrusted with. So He created a stable and predictable way to build wealth and protect our savings from equity investment losses, asset bubbles, global economic crisis, and currency debasement (inflation)

We are now witnessing the beginning of the end of the worlds fiat monetary system...and only those who return to honest money will be protected and prosper from the largest financial upheaval in history. Enjoy the rewards and security of financial stewardship.