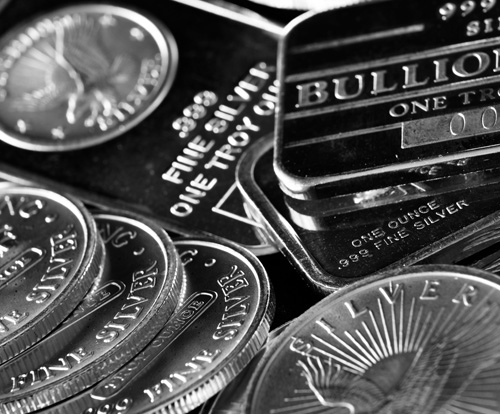 An epic David-vs-Goliath battle has erupted on Wall Street.

Millions of individual investors have banded together using Reddit chat boards, Twitter and other forms of social media to wage concentrated attacks against large hedge funds who were recklessly (and possibly illegally) over-shorting the stocks of weak companies.

The Wall Street model is becoming disrupted by new technologies and an emerging collective ‘people power’ that threaten to strip the banking cartel of the unfair power it wields.

On the heels of a truly extraordinary social-media-fueled buying frenzy involving shares of GameStop and AMC Theaters, attention is turning to physical silver.

The investor board now famous for fueling an astonishing short squeeze in Gamestop Corp. that sent its market value soaring by 788% in a week. Members were encouraged to into buy silver, because banks have been manipulating silver prices, keeping them artificially low and concealing a shortfall in physical supplies.

“For decades, if not centuries. banks and big government have been colluding to mask inflation, so it was only a matter of time before they and retail investors raging against the financial machine joined forces.” 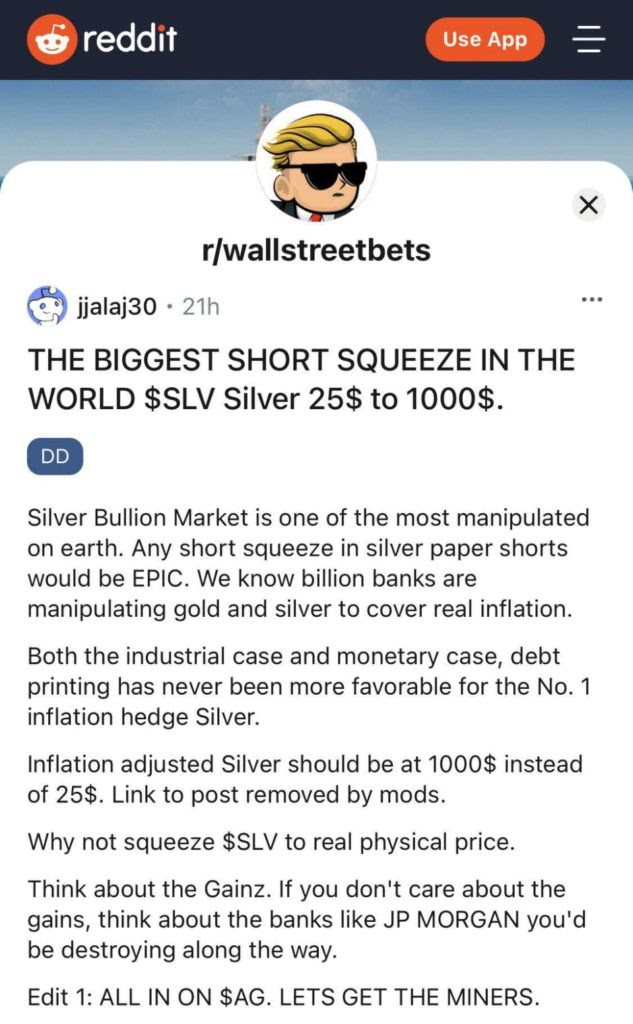 They have realized that the biggest con game in town has been the rigging of silver prices. Banks have been heavily “net short” silver for years. If the price of silver stays low, the perceived value of the U.S. dollar remains relatively intact. When silver rises a great deal, people become worried as they see their dollar savings lose value. Inflation will spike, and the Fed will lose control.

Unlike stocks, physical silver supply is finite. The overwhelming demand will spike silver prices higher. The large banks use futures contracts and other derivatives to short the silver price. Right now, they are short hundreds of millions of silver ounces and stand to lose billions of dollars with every $1 rise in the price of silver.

Based on the unprecedented amount of fiat currency printed by central banks, and the Federal Reserve…Triple-digit silver is inevitable. And with the new war on Wall Street, it could happen soon.

While gold hit all-time record highs of $2,000 an ounce in 2020. Silver is still nearly 50% below its record price. That means silver has to double in value just to catch up with gold.

Silver production compared to gold is 8 to 1. The current gold and silver ratio is at about 68. It is coming down to what could be 15 to 1, which would explode the price of silver. At $2,000 gold, a 15 to 1 ratio, then silver should be over $100/oz.
Making silver the most undervalued asset in the market today.

Incredibly, you can still buy silver near 100-year lows. Click the button below to read our exclusive report. It could be the most profitable financial decision you make.

Liberty Financial has been one of the most vocal proponents of investing in physical silver. Since 1982 we have helped thousands of Americans convert their rapidly depreciating paper dollars into real money – Gold and Silver -for profits and protection. Our wholesale pricing, award-winning advice, unmatched customer service and our exclusive buyback guarantee, makes us the wise choice for tangible investments.